Interaction between living Zinacantecos and their gods takes place via two types of souls that are possessed by each human being: a ch'ulel and a chanul. The ch'ulel is an inner, personal soul, located in the heart; it is also found in the blood, which is known to be connected with the heart. It is placed in the unborn embryo by the ancestral gods. This Zinacanteco "inner soul" has special attributes. It is composed of thirteen parts, and a person who loses one or more of these parts must have a curing ceremony performed by a shaman to recover them. At death, the inner soul leaves the body and ultimately joins a pool of souls that is kept by the ancestors. It is later utilized for another person. "Soul loss" is caused by fright, which can be engendered by falling down or seeing a demon on a dark night. At a more profound level, soul loss is believed to be due to the ancestral gods, who, in order to punish misbehavior, cause a person to fall down or send a lightning bolt to knock out parts of the soul; it may also be caused by an evil person who performs witchcraft in order to sell the soul to the Earth Lord for use as a servant.

The inner soul of a person, the ch'ulel, is shared with a chanul, a wild animal, which is an animal-spirit companion. Throughout each person's life, whatever happens to the animal spirit also happens to the person and vice versa. These animal-spirit companions, consisting of jaguars, ocelots, coyotes, and smaller animals such as squirrels and opossums, are kept by the ancestral gods in four corrals inside "Senior Large Mountain," east of Zinacantan Center. If the animal spirit is turned out of the corral by the ancestral gods, the person is in mortal danger and must undergo a lengthy ceremony to round up the chanul and return it to its corral. 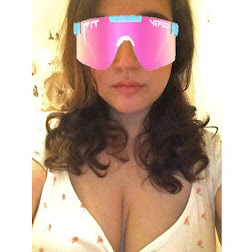